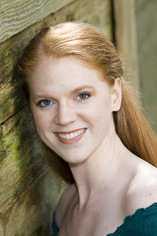 As well as being the music director at St. Francis, Caitlin sings with Vancouver’s Juno nominated musica intima, as well as the dynamic K Sisters.

Caitlin began her love affair with performing at age 7 when she began her studies in music, dance and acting at the Jennings Institute for Performing Artists where she earned her Performance Diploma. Since then, she has sung with ensembles such as the Vancouver Chamber Choir and Vancouver Cantata Singers, and has performed in cabarets for LANDE Productions and Pipe Dream Theatre.

Caitlin believes that music and performance can lift humanity to a more peaceful way of being and that artists have the ability to change the world.