(Restrictions currently apply due to Covid-19) 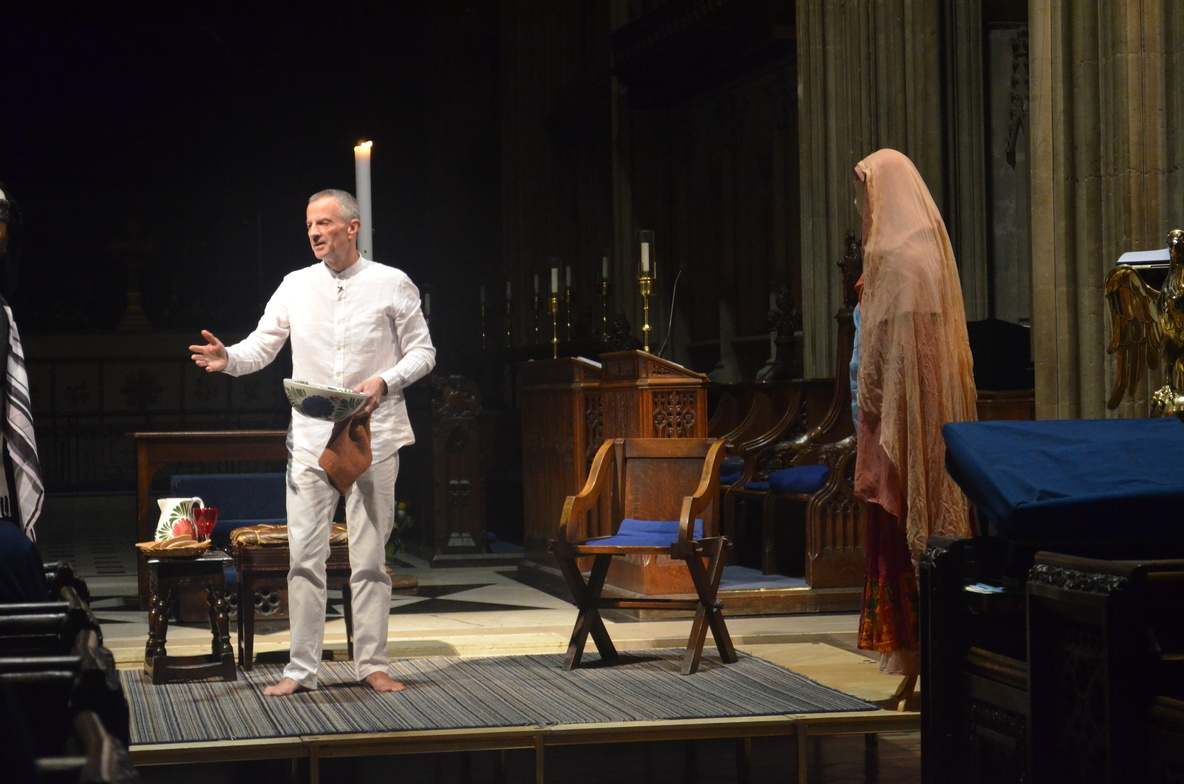 Each year on Palm Sunday, the week before Easter, our Rector Angus Stuart has recited "The Passion Gospel." This is the story of the arrest, trial and crucifixion of Jesus as related in one or other of the three synoptic gospels, Matthew, Mark or Luke, depending on which one is allocated that year. After Easter 2009, having recited the Passion Gospel from Mark, he didn't want to just forget it and even wondered if he could memorize the rest of the Gospel according to Mark as well. After all, he had heard that it had been done before, though in the traditional King James Version rather than the contemporary New Revised Standard Version that we use each week in Church.

So he began to learn it, adding a few verses each day. By Easter 2010 he had sufficiently memorized the text such that he was able to offer a recitation of chapters one through thirteen on Maundy Thursday after the evening service, leading in to the all night prayer vigil. This is the gospel story right up to but not including the passion narrative. This was by way of a foretaste, or dress rehearsal, for a presentation of the entire gospel from start to finish.

The first presentation took place on October 16th 2010 at St. Francis-in-the-Wood. And since then Angus has performed the Gospel of Mark under the title "Testament of a Naked Man" (see Mark 14:51-52) more than 60 times across North America and in the United Kingdom.

More recently, Angus has learned the Gospel of John and has adapted it for theatrical performance in collaboration with his artistic director, Carol Ann Coulson.  The first performance took place at St. Francis-in-the-Wood in June 2016.  Since then he has performed the Gospel of John under the title of "Word of Light: John's Gospel in the Flesh" five times including Christ Church Cathedral, Vancouver in Holy Week 2017 and St. James Piccadilly in London, England in May 2017.

For more information about these performances, including details of upcoming performances, and to enquire aboutbooking Angus to perform please click here.