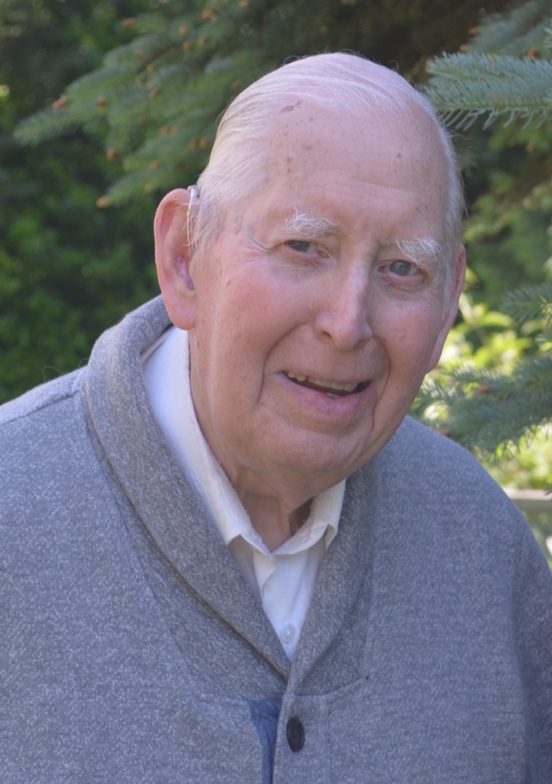 George passed away peacefully April 9, 2018 at the Northshore Hospice, just short of his 93rd birthday.  Born in London, England on April 21, 1925 he is survived by his wife of more than 73 years, Grace, son Keith (Lynn) and grandchildren Jeffrey and Alexandra.  He served on H.M.S. Devonshire during World War Two and later worked at the Ford Motor Company.

George and Grace emigrated to West Vancouver at age 65 to be close to their only son, his wife and the grandkids, who being rambunctious, kept them active and young.  Soon after their arrival they became members of St. Francis-in-the-Wood church, the Royal Canadian Legion.  George was also active in the Navy Veterans and the West Vancouver Masonic Lodge.

A celebration of life will be held on Saturday, May 5th at St. Francis-in-the Wood Anglican Church, 4773 South Piccadilly, West Vancouver, BC at 2:00 p.m.