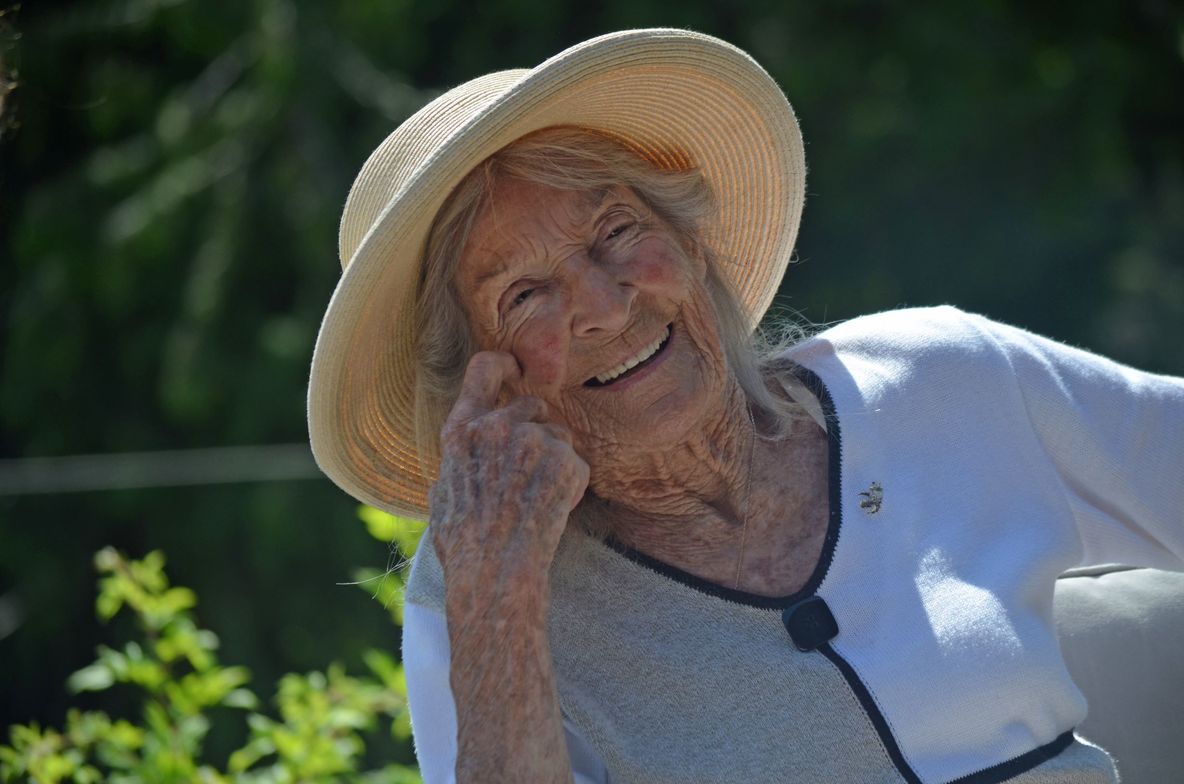 It is with great sadness that I pass on to you the news that parishioner Joan Mann died on March 20. 2020 at 4:20 a.m.  Curiously, Joan's husband Don died exactly fourteen years ago to the day on March 20, 2006.  Joan, who had been living with her son Bayne and daughter-in-law Debbie in Courtenay and for the last ten months with her daughter Tish and son-in-law Mike on Denman Island, was admitted to hospital on Sunday, March 15 suffering from back pain, but the real problem was heart failure.  We are grateful that she died peacefully.  Her death was not Covid-19 related.

Joan was one of our longest standing parishioners having been here for at least 60 years - a fixture, you could say, part of our heritage, certainly a character!  Joan was one of our earliest recipients of the Order of the Diocese of New Westminster, involved in many areas of church life over the years, and a generous contributor to the church and our social outreach appeals.  She was an early and very generous contributor to the Vision for Growth Fund a few years back.  Some of my predecessors have also told me of Joan and Don's astounding acts of generosity and compassion - but they are their stories to tell, and no doubt they will as we remember and celebrate Joan's life in coming days.

Joan is going to be greatly missed.  May she rest in peace, and rise in glory.